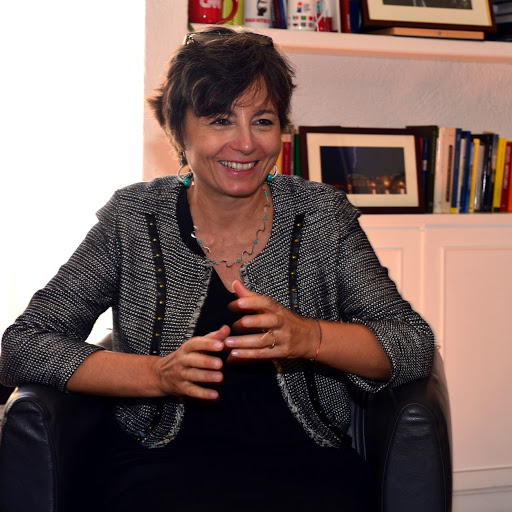 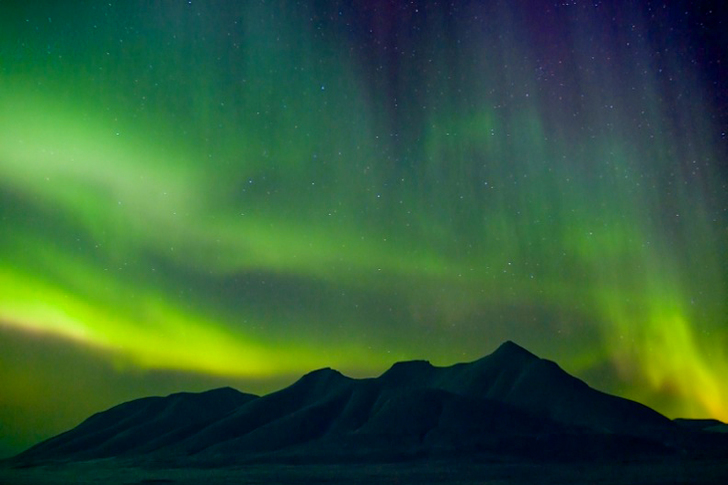 However I felt didn’t get me or them anywhere 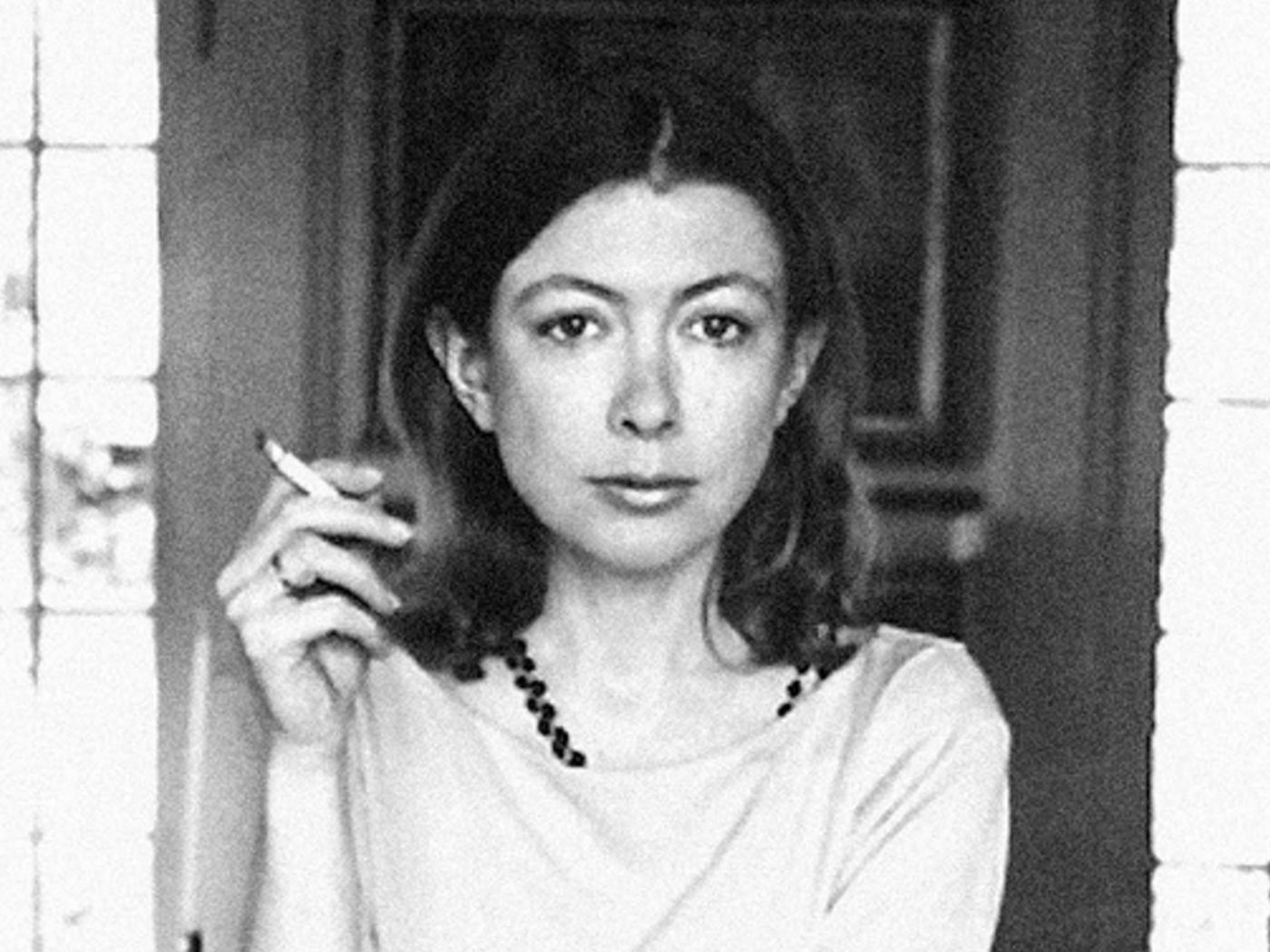 The legendary journalist and author of Let Me Tell You What I Mean on boredom, the Central Park Five and plans for Easter 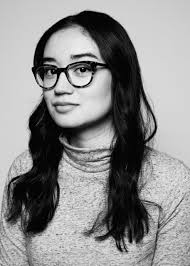 A question that must be asked in these trying times: How are you feeling?

You wrote two of the defining books on grief, The Year of Magical Thinking and Blue Nights. What would you say to the millions who have lost loved ones in the past year?

Do you fear death?

Do you have hope?

Hope for what? Not particularly, no.

New York has completely changed since the pandemic hit. What do you miss most?

I miss having my friends to dinner. On the other hand, my wine bills have gone down.

Which feels more like home: New York or California?

What makes a better journalist: the ability to empathize, or the ability to observe with detachment? Which is your greater strength? I don’t know that I’m good at either.

What do you make of the old adage, write what you know?

I don’t make anything of it.

Do you ever reread your past writing? If so, what do you think?

What does it mean to you to be called the voice of your generation?

I don’t have the slightest idea.

You famously wrote a piece in 1991 suggesting that the Central Park Five were wrongfully convicted. How did you feel when they were exonerated?

However I felt didn’t get me or them anywhere.

How does it feel to be a fashion icon?

I don’t know that I am one.

Is there anything you wish to achieve that you have not?

Figuring out how to work my television.

And what would you watch?

Aside from the news, nothing comes to mind. Documentaries, maybe. Some series.

What are you most looking forward to in 2021?

An Easter party, if it can be given.

‘HOWEVER I FELT DIDN’T GET ME OR THEM ANYWHERE’

Joan Didion's memoir of the death of her daughter is troubling

oan Didion's The Year of Magical Thinking was a book that seemed to lend a certain credibility to a form – the memoir – that is sometimes regarded with suspicion, as a kind of sabbatical from the writerly duty to be interested in things other than oneself. On the contrary: The Year of Magical Thinking was instantly identified as a necessary book. An account of the year that followed the sudden death of Didion's husband of 40 years, the screenwriter John Gregory Dunne, it articulated a private experience – the experience of bereavement – for which it is difficult to find public expression. Blue Nights is a tragic kind of sequel to The Year of Magical Thinking, describing the subsequent death of Didion's daughter Quintana, aged only 39: where the earlier book drew its strength from the common well of suffering, the follow-up must grapple with the awful particularity of Didion's misfortunes.

Some of the best literary memoirs – Lorna Sage's Bad Blood, Mary McCarthy's Memories of a Catholic Girlhood, Paula Fox's Borrowed Finery – describe the author's survival of extreme or extraordinary circumstances. Others –The Year of Magical Thinking is one – document the effects on the author of events (in this case the death of a spouse) which, though difficult to bear, are universal and ordinary. The former might be said to be turning chaos into order, transforming or redeeming chaotic experience with the orderliness of the author's prose and the rational mind from which it issues; the latter begin with the proposition of order and proceed, through the honesty of their writing, to challenge and disrupt it. This is a delicate and difficult undertaking, for obvious reasons. To personalise common experiences is to assert a version of them with which others might not agree. The memoirist, while placing an unusual degree of trust in the reader, is also exposing herself to their judgment. She hopes to speak for everyone; she risks being ridiculed for speaking only for herself. Yet the very thing she is often exposing – as in Didion's case – is her vulnerability.

The memoir, being nominally a confessional form, has an interesting relationship to honesty; much like the confessional box itself, the question of whether disclosure is a need or a duty is obscured somewhere in the covenant between penitent and priest. The penitent is tired of harbouring her sins; she wishes to invoke the judgment that will free her from the truth she has told. But will she prize this freedom quite so highly if instead of forgiveness, damnation is the consequence of her honesty? The penitent wants to disburden herself, to get things off her chest. The memoir-writer may at the time not be sure why he or she wishes to place private material in the public domain, but perhaps – if "experience" can take the place of "sin" – it's for much the same reason.

The Year of Magical Thinking, published in 2005, was honest about numerous things: what it's like when someone you know and love dies right in front of you, what it's like to come home alone from the hospital and scrape the dinner you'd prepared for you both uneaten off the plates, what grief feels like, what trauma feels like. Didion's candour about these things was welcome, for in bereavement the public and private struggle to be reconciled: between mourning as public fact and mourning as private experience lies a gulf that Didion, as a writer, was able to navigate. The delineation of this uncharted space – between public and private, between what seems and what is – defines the moral core of memoir as a form. The book also had a strong streak of narcissism on which the reader, like the priest, was called to exercise forgiveness. "I wore a short white silk dress I had bought at Ransohoff's in San Francisco on the day John Kennedy was killed," Didion wrote, as a random instance, recalling her wedding day. The glamorising of her own experience, what might be called the sin of self-importance, risked undoing her achievement by alienating the "ordinary" reader on whose recognition and empathy the memoirist depends.

In The Year of Magical Thinking, the countless references to fame and social privilege have a second passport, as it were: they are an indelible aspect of the life Didion lived with her husband, and by enumerating them with such repetitive insistence she was also, in a sense, cataloguing the effects of her 40-year marriage. In Blue Nights they are, again, omnipresent, but the effect is altogether more troubling. Quintana died shortly after her own wedding and the death of her father, a series of events whose cruelty Didion has barely, by her own admission, managed to survive. "This book is called Blue Nights because at the time I began it I found my mind turning increasingly to illness, to the end of promise, the dwindling of the days, the inevitability of the fading, the dying of the brightness." These are sentiments with which the reader can only sympathise, yet the question of what kind of book can be made from them remains. The universality that was the basis of The Year of Magical Thinking no longer applies: losing a spouse is a common aspect of human experience; losing a child is not. The death of a child is unmitigated chaos: which writer could ever hope to exact order from it?

Didion's strategy, or rather her instinct – the instinctive response to chaos – is to repeat herself. She struggles to revive the form and style of her earlier book, to make it live again; she repeats anecdotes, and often sentences, word for word; she creates repeating prose patterns whose effect, in the end, is to confer the author's own numbness on the reader. What she cannot do is master her own material: instead of grieving with her, we are watching her grieve. This is a piteous and exposing process, and one which places a moral burden on the reader. And it is here that Didion's lack of humility comes back to haunt her, for by burdening the reader she is also making herself vulnerable to judgment. Early on, describing a set of photographs of Quintana as a child, she writes: "In a few she is wearing a cashmere turtleneck sweater I brought her from London when we went that May to do promotion for the European release of The Panic in Needle Park." What passed in The Year of Magical Thinking as the camaraderie of husband and wife becomes, at a stroke, something more disturbing – a kind of parental attention-seeking that again and again drives Didion's sentences away from their subject and back to herself. "Was I the problem?" she asks. "Was I always the problem?"

Blue Nights does contain an element of authenticity: Didion takes her time getting to it, but once there she is somewhat freed from the compulsive repetition and self-reference in which she has until now become increasingly entangled. It is the story of Quintana's birth family (she was adopted as a baby) and its members' attempts to contact her in adult life. Quintana's parents, after they gave her up for adoption, got married and had two further children. One of these children – Quintana's sister – tracked her down using the internet and a private detective, and Quintana, the privileged only child, was suddenly availed of a whole extended family in Dallas. "In Dallas these strangers had shown her snapshots, remarked on her resemblance to one or another cousin or aunt or grandparent, seemingly taken for granted that she had chosen by her presence to be one of them." Quintana struggled to cope with these revelations, and wrote to her birth mother and sister saying she needed time to adjust to them. "In reply she received a letter from her mother saying she did not want to be a burden and so had disconnected her telephone." When Quintana died, Didion notes drily, "her sister sent flowers".

This brief flaring of Didion's writerly power has its corollary in her admission of her own increasing physical and emotional fragility. Blue Nights is in a sense the manifestation of this fragility, the dwindling and fading of the artist's ability to create order out of the randomness and chaos of experience. Didion's portion of this chaos has been cruelly and unjustly large: it comes as no surprise that in the end, she should not be able to digest it all.

• Rachel Cusk's The Last Supper is published by Faber. 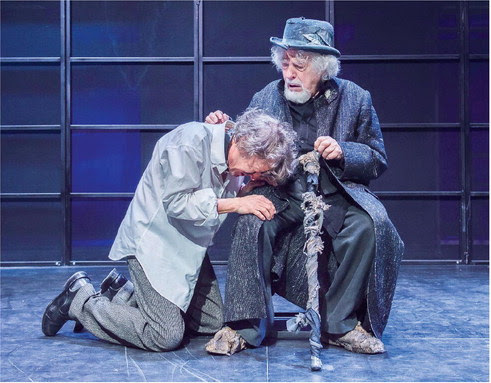 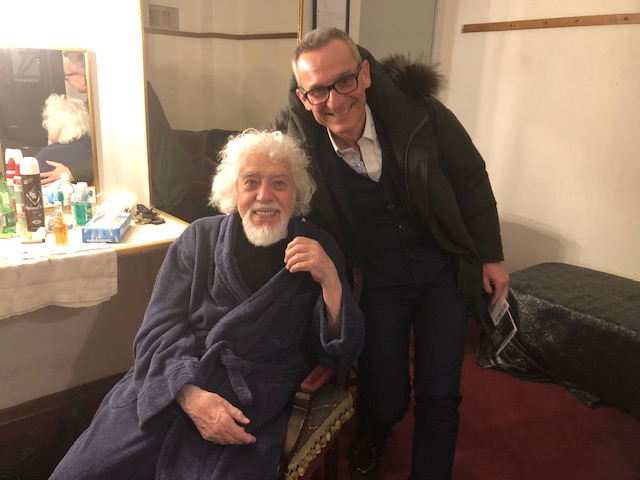 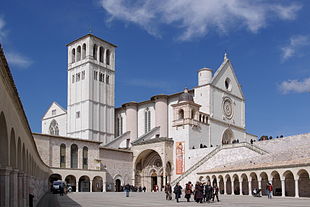 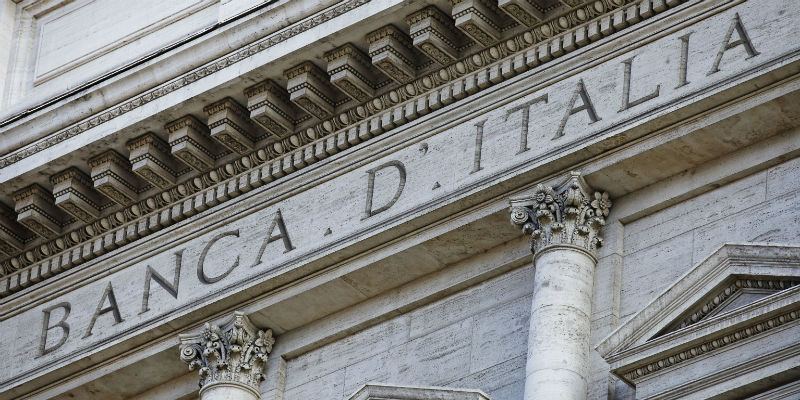 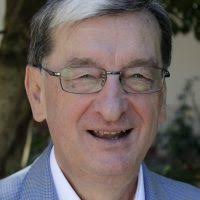 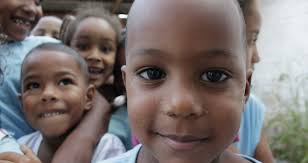 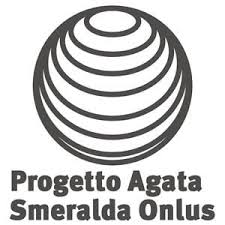 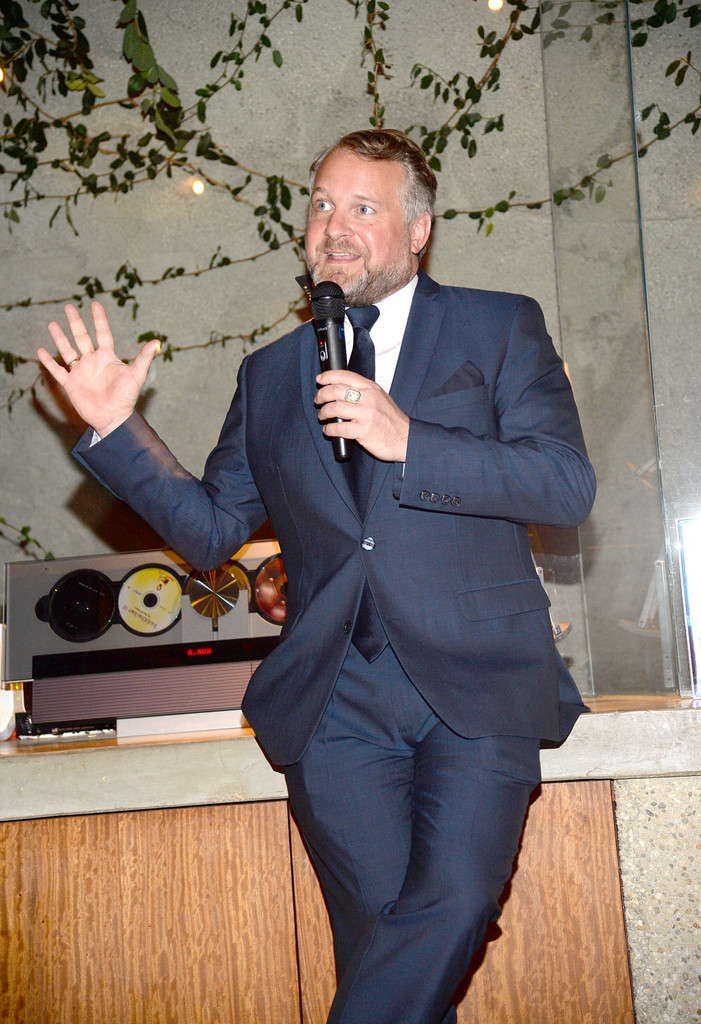 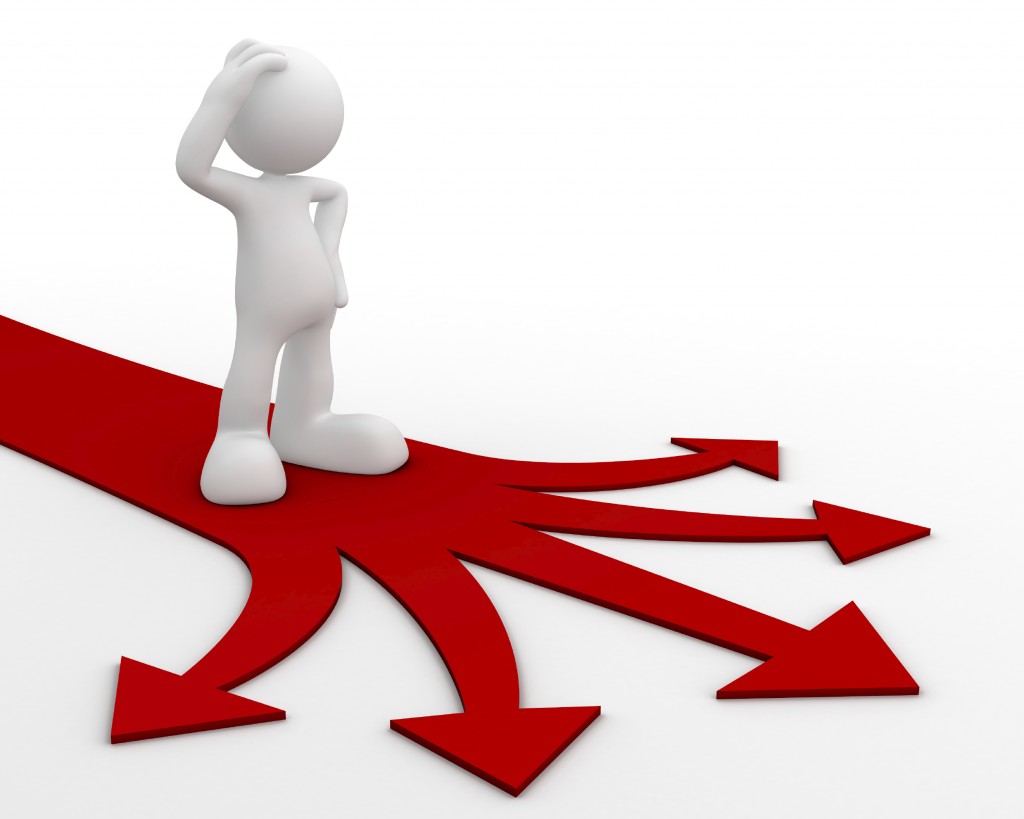 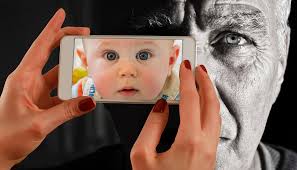 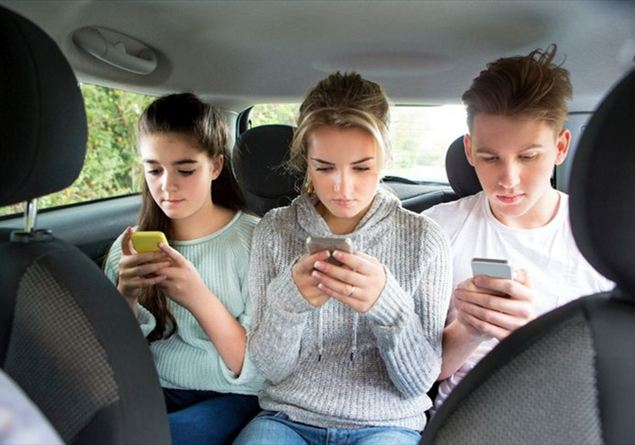